1. Learn how to Use Diffused Light 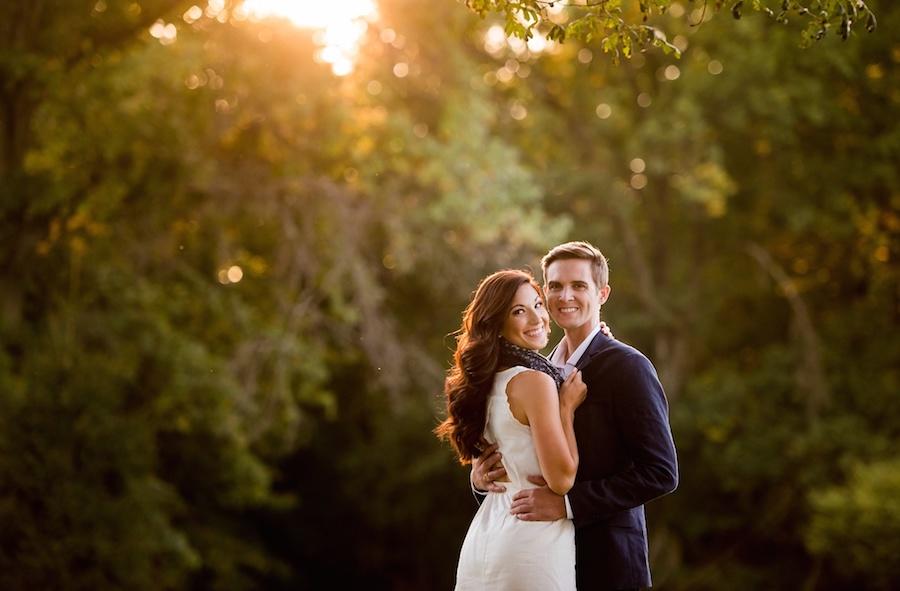 The ability to bounce a flash or to diffuse it is key. You’ll find that in many churches that light is very low. If you’re allowed to use a flash (and some churches don’t allow it) think about whether bouncing the flash will work (remember if you bounce off a colored surface it will add a colored cast to the picture) or whether you might want to buy a flash diffuser to soften the light. If you can’t use a flash you’ll need to either use a fast lens at wide apertures and/or bump up the ISO. A lens with image stabilization might also help. Learn more about Using Flash Diffusers and Reflectors. 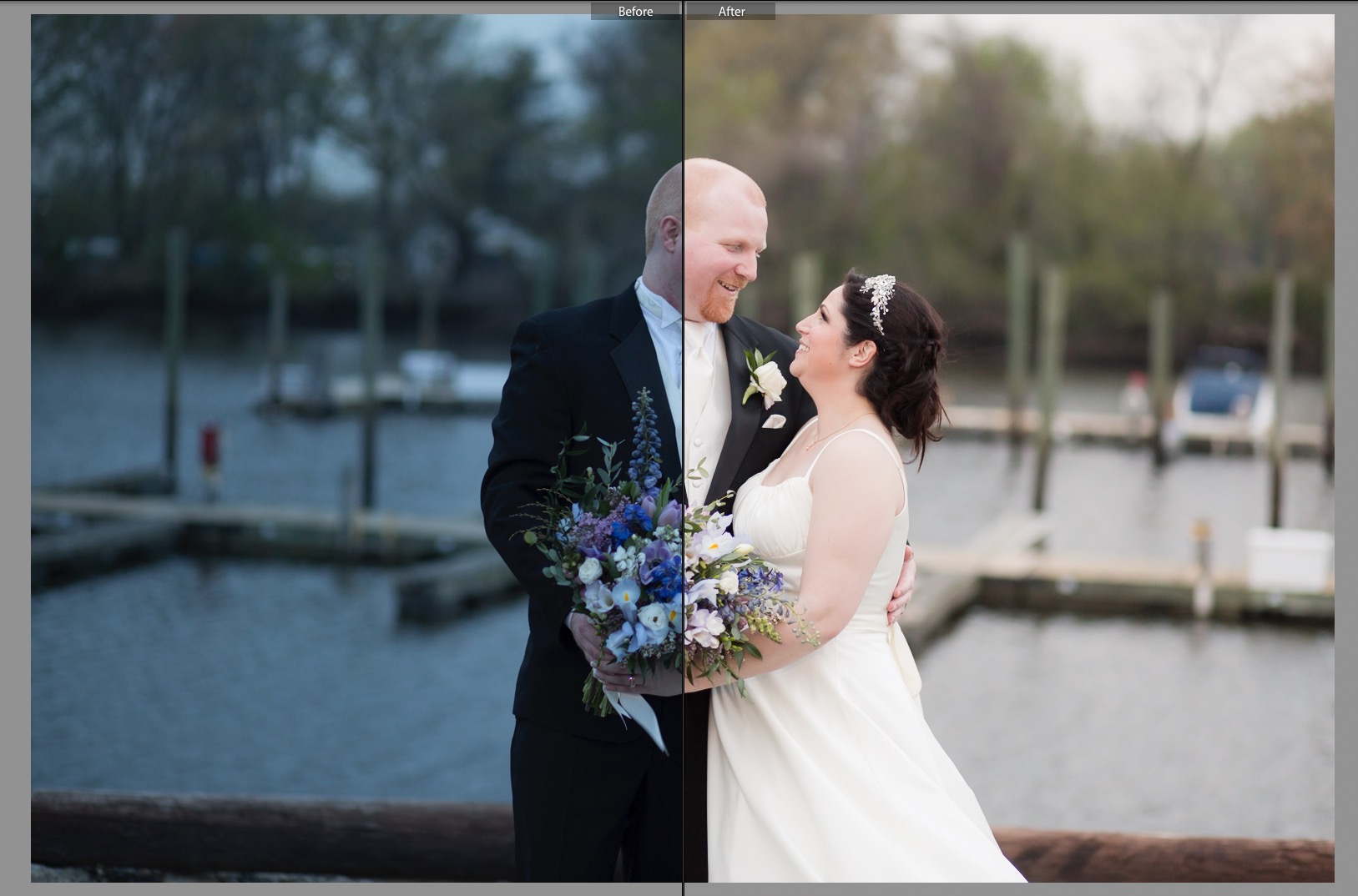 I know that many readers feel that they don’t have the time for shooting in RAW (due to extra processing) but a wedding is one time that it can be particularly useful as it gives so much more flexibility to manipulate shots after taking them. Weddings can present photographers with tricky lighting which result in the need to manipulate exposure and white balance after the fact – RAW will help with this considerably.

3. Display Your Shots at the Reception

One of the great things about digital photography is the immediacy of it as a medium. One of the fun things I’ve seen more and more photographers doing recently is taking a computer to the reception, uploading shots taken earlier in the day and letting them rotate as a slideshow during the evening. This adds a fun element to the night. 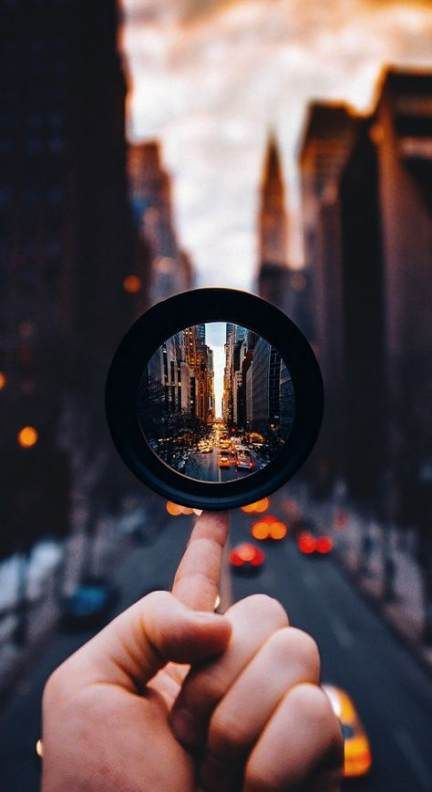 One of the challenges of weddings is that there are often people going everywhere – including the backgrounds of your shots. Particularly with the formal shots scope out the area where they’ll be taken ahead of time looking for good backgrounds. Ideally you’ll be wanting uncluttered areas and shaded spots out of direct sunlight where there’s unlikely to be a wandering great aunt wander into the back of the shot. Read more on getting backgrounds right. 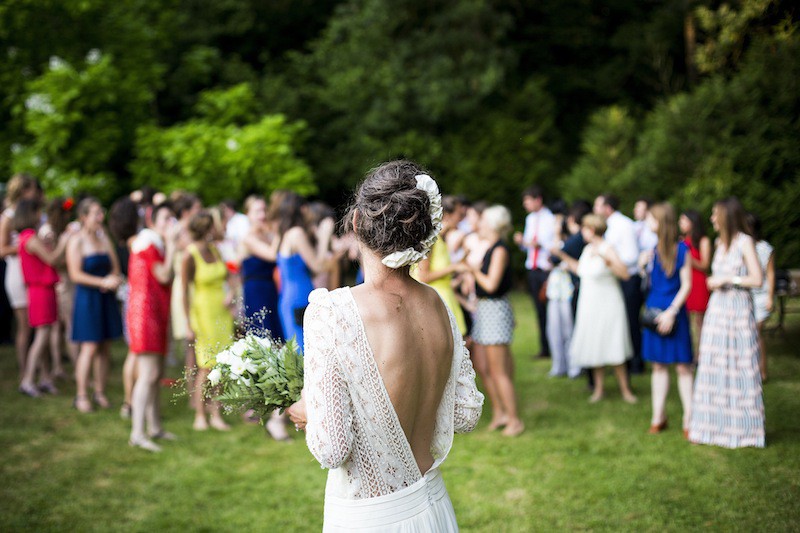 The temptation with digital is to check images as you go and to delete those that don’t work immediately. The problem with this is that you might just be getting rid of some of the more interesting and useable images. Keep in mind that images can be cropped or manipulated later to give you some more arty/abstract looking shots that can add real interest to the end album.

Get a little creative with your shots. While the majority of the images in the end album will probably be fairly ‘normal’ or formal poses – make sure you mix things up a little by taking shots from down low, up high, at wide angles etc. 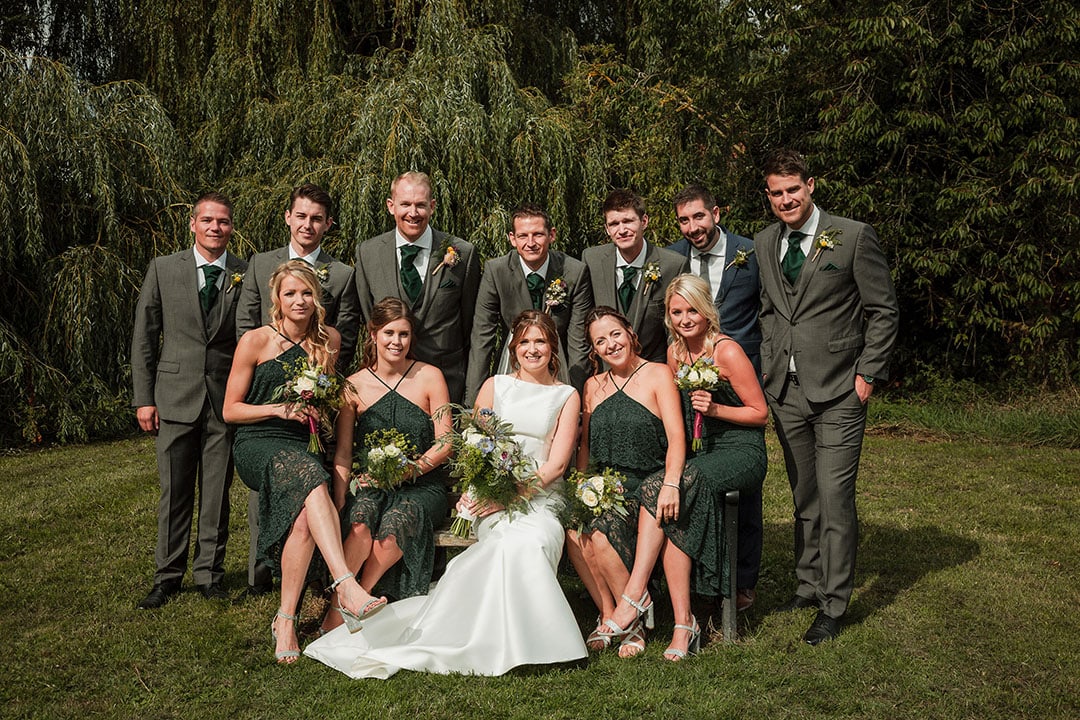 One thing that I’ve done at every wedding that I’ve photographed is attempt to photograph everyone who is in attendance in the one shot. The way I’ve done this is to arrange for a place that I can get up high above everyone straight after the ceremony. This might mean getting tall ladder, using a balcony or even climbing on a roof. The beauty of getting up high is that you get everyone’s face in it and can fit a lot of people in the one shot. The key is to be able to get everyone to the place you want them to stand quickly and to be ready to get the shot without having everyone stand around for too long. I found the best way to get everyone to the spot is to get the bride and groom there and to have a couple of helpers to herd everyone in that direction. Read more on how to take Group Photos. 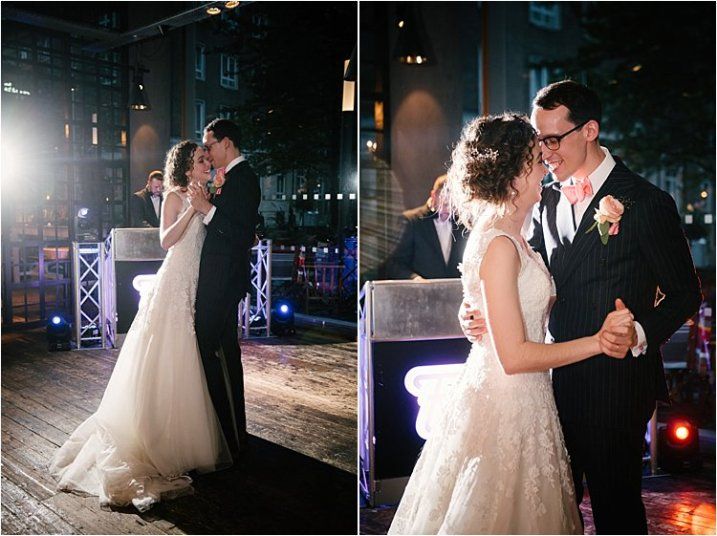 When shooting outside after a ceremony or during the posed shots you’ll probably want to keep your flash attached to give a little fill in flash. I tend to dial it back a little (a stop or two) so that shots are not blown out – but particularly in backlit or midday shooting conditions where there can be a lot of shadow, fill in flash is a must. Read more about using Fill Flash.

Having the ability to shoot a lot of images fast is very handy on a wedding day so switch your camera to continuous shooting mode and use it. Sometimes it’s the shot you take a second after the formal or posed shot when everyone is relaxing that really captures the moment! 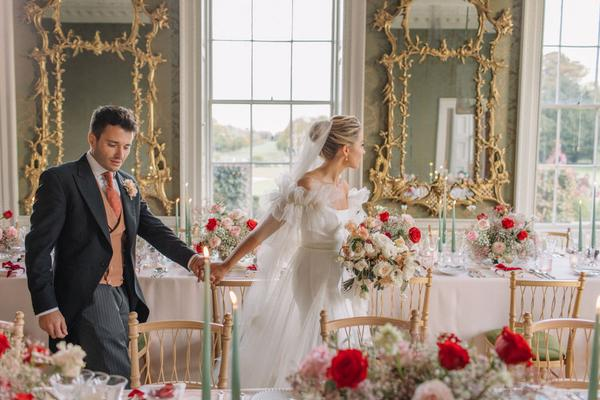 One more piece of advice that someone gave me on my own wedding day. ‘Things will Go Wrong – But They Can be the Best Parts of the Day’. In every wedding that I’ve participated in something tends to go wrong with the day. The best man can’t find the ring, the rain pours down just as the ceremony ends, the groom forgets to do up his fly, the flower girl decides to sit down in the middle of the aisle or the bride can’t remember her vows….

These moments can feel a little panicky at the time – but it’s these moments that can actually make a day and give the bride and groom memories. Attempt to capture them and you could end up with some fun images that sum up the day really well.

I still remember the first wedding I photographed where the bride and grooms car crashed into a Tram on the way to the park where we were going to take photos. The bride was in tears, the groom stressed out – but after we’d all calmed down people began to see some of the funny side of the moment and we even took a couple of shots before driving on to the park. They were among everyone’s favorites.